Shooter makes first court appearance and is to be held in detention for 15 days pending further hearings.

A second student has died from the shooting rampage Monday at Chardon High School in Chardon, Ohio, The (Cleveland) Plain Dealer and WKYC-TV report. Russell King Jr., 17, was pronounced brain dead at MetroHealth Medical Center. The hospital notified the Cuyahoga County Medical Examiner’s Office of the death at 12:42 a.m. today, The Plain Dealer reports. “The cause and manner of death of this case are under on-going investigation and will be released upon completion,” office administrator Hugh Shannon said in a statement, the Associated Press reports. King was among five students shot when a teenage gunman opened fire in the school’s cafeteria Monday morning. 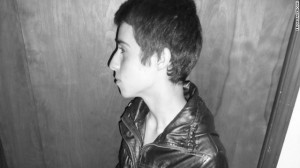