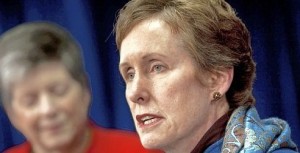 The head of the General Services Administration, which assists with the basic functioning of other federal agencies, resigned in scandal, while her two top deputies were fired and four managers were placed on leave. The problem? A damning report by the GSA inspector general documenting an $823,000 training conference held for 300 employees just south of Las Vegas. The conference featured a clown, a psychic, and a $44-per-person breakfast. There was also a $31,208 “networking” reception and $146,000 in catered food and drink. Obama’s Chief of Staff Jacob J. Lew says the president is “outraged” and is calling “all those responsible to be held fully accountable.” California Republican Darrell Issa has already pointed to the report as an example of “a bloated federal government.”