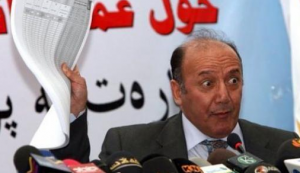 The next elections in Iraq might not be the relative success story of 2010, if the arrest of election official Faraj al-Haidari is any sign. Al-Haidari, the chief of the Independent Electoral Commission, was arrested on corruption charges Thursday and released this week. But the accusations—giving bonuses of $130 to five employees, in a country where billions are routinely given away in corrupt contracts—raises the concern that the arrest was a warning shot from Prime Minister Nuri al-Maliki, who has long sought to take control of the electoral commission.