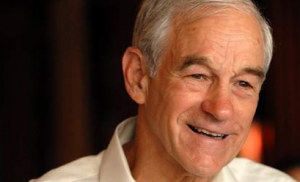 This libertarian and his orthopedic shoes just won’t quit, at least when it comes to fundraising. Republican candidate Ron Paul, who has no debt, raised $2.6 million in March, and a total of $10.4 million in the first three months of 2012, according to campaign filings released on Friday. That figure does not include a money bomb, Paul’s signature fundraising technique, held on April 15 that drew in $1.4 million. He is set to report Friday that his campaign has $1.8 million in its coffers at the end of the quarter.