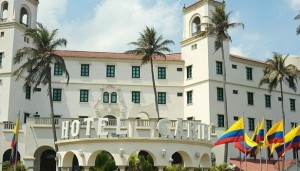 Latest Update: Secret Service Now Under Investigation for Drugs in the Colombian Hooker Scandal. Who would ever think that cocaine would be available in the country that cocaine built? Tracey Morgan once said, “That cocaine it 99-0”, you can’t beat it.

“Although the Secret Service’s investigation into allegations of misconduct by its employees in Cartagena, Colombia, is in its early stages, and is still ongoing, three of the individuals involved will separate or are in the process of separating from the agency,” said the statement.

Twenty or 21 women were brought back to a hotel in Colombia by U.S. Secret Service and military personnel in an incident last week involving alleged misconduct with prostitutes, U.S. Senator Susan Collins said on Tuesday.

Collins was briefed by the director of the Secret Service, Mark Sullivan, on Monday evening. “There are 11 agents involved. Twenty or 21 women foreign nationals were brought to the hotel, but allegedly Marines were involved with the rest,” the Republican senator said in comments emailed to Reuters.