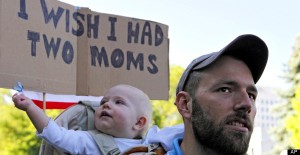 A bill that would have allowed same-sex couples equal rights as married couples was killed on Monday night in a special legislative session. Although the bill had been likely to pass the state’s House of Representatives, Republicans rejected it, claiming the Democrats are trying to use it as an issue before the November elections. The bill went to the special committee known as the “kill committee”—because its members are in safe seats and can kill any bill they wish—on Monday morning by the GOP leadership. Republican state Rep. Don Coram, whose son is gay, voted against the bill, citing a 2006 vote by Coloradans to ban same-sex marriage, and he also said he believed Democrats are “playing politics” with gay marriage.