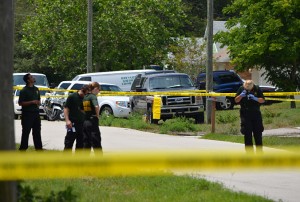 A mother and four children are dead after a SWAT standoff at a home in Port St. John, Brevard County deputies confirmed Tuesday. Deputies said Tanya Thomas, 33, shot her four children, ages 12 to 17, before turning the gun on herself. Lt. Goodyear said Thomas shot her four children, and then killed herself. He added the three children who went to the neighbor’s house were called back by their mother before they were killed.
Motive was not immediately known, but Goodyear said there had been some domestic issues. The children’s father has been notified. Goodyear said he was not living at the home at the time.
11:56 a.m.