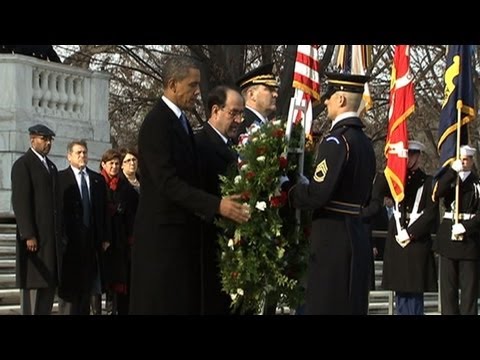 President Barack Obama has laid a wreath at the Tomb of the Unknowns at Arlington National Cemetery, the hallowed grounds of the nation’s war dead, honoring America’s fallen soldiers on Memorial Day in a brief and solemn ceremony punctuated by the playing of taps.

The president was escorted at the wreath laying by Maj. Gen. Michael Linnington, commanding general of the military district of Washington.
The president speaks at Arlington National Cemetery, before marking the 50th anniversary of the Vietnam War at the Vietnam Veterans Memorial.