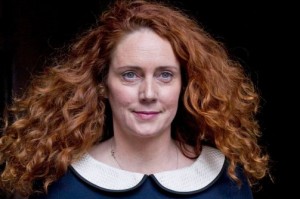 Rebekah Brooks, Rupert Murdoch’s onetime deputy, as chief of News International, was officially charged on Tuesday with “perverting justice” in the wide-reaching phone-hacking scandal. Also charged was her husband, Charlie Brooks; the two issued a statement calling the charges a “weak and unjust decision.” Brooks, 43, was editor of the now-defunct tabloid News of the World when reporters from the paper allegedly hacked into the voicemail of murdered schoolgirl Milly Dowler. In addition to hacking, Brooks has been linked to allegations of payments to police in an attempt to cover up the hacking, and many have questioned her close relationship with those in government, including Prime Minister David Cameron.