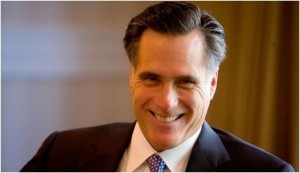 A Washington Post investigation into Mitt Romney’s years at the Cranbrook School in Michigan, which included a disturbing account of Romney bullying a student who later turned out to be gay, earned an unusual apology from the presumptive GOP presidential nominee Thursday morning.

The incident came to light one day after President Barack Obama said he supports same-sex marriage, and Romney reiterated his opposition.

“Back in high school, I did some dumb things,” Romney said during a radio interview Thursday morning. “And if anyone was hurt by that or offended, obviously I apologize for that.” The Post said the call with Brian Kilmeade of Fox News Radio, was hastily arranged by the campaign to respond to the potentially damaging story.

The Washington Post story, by Jason Horowitz, detailed a 1965 incident, witnessed by at least five Cranbrook students, in which Romney, reportedly incensed by the dyed blond locks of a fellow student, led what the Post described as a “posse” of students in a charge against the boy, threw him to the ground and hacked off his hair. “He can’t look like that,” Romney told a close friend at the time. “That’s wrong. Just look at him!”

No one was punished for the incident, according to a number of witnesses, who the Post tracked down and interviewed.

The Post also detailed incidents in which Romney said “Atta girl,” in class to a closeted gay student, and deliberately held a door closed while an sight-impaired teacher walked into it.

But it is the story involving John Lauber, described as “a soft-spoken new student one year behind Romney … walking around the all-boys school with bleached-blond hair that draped over one eye” that may cause problems for the former governor. After Romney rounded up some friends, including Matthew Friedmann, who gave his version of the story to the Post, “they came upon Lauber, tackled him and pinned him to the ground. As Lauber, his eyes filling with tears, screamed for help, Romney repeatedly clipped his hair with a pair of scissors.”

Lauber, who died in 2004, was traumatized by the incident, according to a witness who bumped into him years later at a bar in Chicago O’Hare International Airport. “It was horrible,” Lauber reportedly told David Seed, a witness to the event, who apologized to Lauber for not helping stop it, the Post said.

“I’m a very different person than I was in high school, of course, but I’m glad I learned as much as I did during those high school years,” Romney told Fox News Radio on Thursday. “I’m quite a different guy now. I’m married, have five sons five daughters-in-law and now 18 grandchildren.