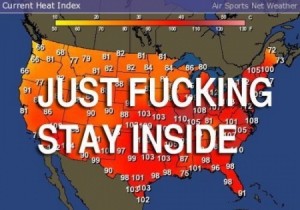 Officials: Past 12 months warmest ever for U.S.

The mainland United States, which was largely recovering Monday from a near-nationwide heat wave, has experienced the warmest 12-month period since record-keeping began in 1895, the National Oceanic and Atmospheric Administration said Monday.

High temperatures during June also contributed to a record-warm first half of the year, the agency said in its monthly analysis. The heat during the last half of June broke or tied 170 all-time high temperature records in cities across the lower 48 states.

The average temperature for the mainland in June was 71.2 degrees — two degrees above the 20th-century average and the 14th warmest June on record.