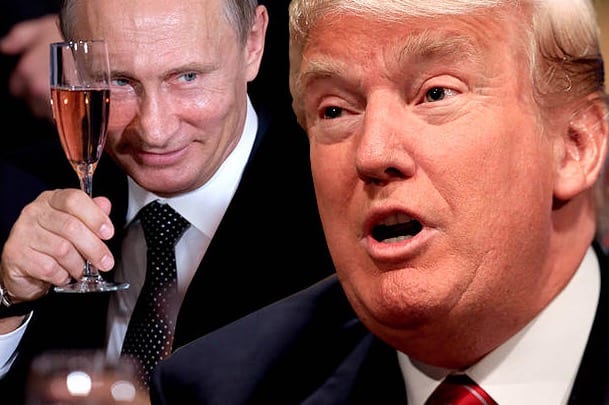 The former intelligence officer said FBI officials greeted his July memo with “shock and horror” but did not request additional information.

The FBI then asked him for more memos in August, he added, prompting him to submit dossiers on members of Trump’s inner circle with ties to Russia.

“It’s quite clear there was or is a pretty substantial inquiry going on,” he said of the FBI’s examination of Trump’s links to Moscow.

“This is something of huge significance, way above party politics,” the former spook added. “I think [Trump’s] own party should be aware of this stuff as well.”

The former intelligence official began researching Trump earlier this year, it said, as part of an opposition research project funded by a Republican client critical of the billionaire.

Mother Jones added that the project’s funding switched to Democratic supporters before the anonymous source discovered troubling connections between Russia and Trump.

“There was an established exchange of information between the Trump campaign and the Kremlin of mutual benefit,” he said, according to Russian sources he contacted while researching Trump.

Trump has repeatedly weathered criticism from Democrats and other Republicans over his sometimes warm tone towards Putin.

Senate Minority Leader Harry Reid (D-Nev.) alleged over that the FBI has “explosive information” about ties between Trump and the Russian government.