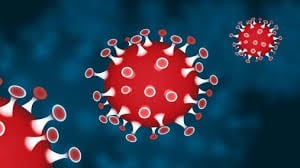 Throughout January and February, the U.S. intelligence community was warning Trump that the pandemic was going to hit America. “The system was blinking red,” one official said.

The coronavirus is the most foreseeable disaster in history — and so is President Trump’s inability to rise to the occasion.

There were scattered warnings before Pearl Harbor and 9/11 of what was to come. But nothing like this. My Post colleagues report that throughout January and February, the U.S. intelligence community was warning Trump that the pandemic was going to hit America. “The system was blinking red,” one official said.

But Trump wasn’t paying attention. “It will all work out well,” he blithely tweeted on Jan. 24 while credulously thanking Chinese President Xi Jinping for “working very hard to contain the Coronavirus.” (A British study suggests China could have eliminated 95 percent of its cases if it had acted three weeks earlier, when a doctor first called attention to the epidemic in Wuhan.)

Because of Trump’s negligence, the United States lost two months of response time — precious days that should have been used to test the population, produce more N95 masks and ventilators, and build new hospital beds. This past week, the Pentagon finally announced that a Navy hospital ship would be heading to New York — but it will take at least two weeks to get ready. Why wasn’t the deployment order given sooner? Even now, with the crisis upon us, Trump hesitates to use his full authority to order wartime production of ventilators needed to keep thousands of patients alive.

Utterly lacking in empathy, Trump is incapable of rallying a shell-shocked nation. When asked on Friday, “What do you say to Americans who are watching you right now who are scared?,” Trump launched into a tirade against the reporter who asked the question. Like the snake-oil salesman that he is, his version of reassurance is to tout miracle cures that have not been verified by medical science.

I weep in anger and frustration imagining what might have been if Hillary Clinton — a sane, sensible adult — had won. We couldn’t have avoided the coronavirus, but we could have ameliorated its effects. We could be South Korea (102 deaths) rather than Italy (4,825 deaths and counting).

More at the WAPO